How to Find the Right Brand Designer for Your Business

Choosing the right brand designer isn’t always easy. It’s a big decision – one that can either do wonders for your business or lead to frustration and disappointment. So, what should you factor into your decision?

A few weeks ago I received a very frustrated email from a business owner. For several months, she’d been working with a brand designer on a new visual identity for her business, but she felt that the designer had completely failed to capture her. Despite communicating her dissatisfaction many times, the designer had told her that she’d exhausted all the rounds of revisions included in the package and therefore, she wouldn’t be able to request any additional changes.

In a nutshell, the business owner would have to pay for a visual identity that, as far as she was concerned, didn’t accurately reflect her brand. Adding insult to injury, she was now looking to hire another designer (me) to improve the branding she’d just paid for.

While I’d like to say that this was the first time I’d received an email like this, unfortunately, it wasn’t. In fact, 9-1-1 emails like these are more common than you might think. The reason, as I’ve found, is often the result of a failure to properly vet a business designer prior to working together.

So, how can business owners vet designers? Here are four simple steps that I believe every business owner should take to ensure they’re working with the right partner for their business’ branding.

Ask about the designer’s previous experience

The brand designer that you’re eyeing might produce incredible work but do they have experience with a brand similar to yours? While this isn’t to say that a designer who’s never worked with a business like yours isn’t capable of producing amazing work, if you’re looking for a designer who’s already equipped with a thorough understanding of your brand, then you’ll want to ensure that they have the right background and experience. Don’t be shy to probe and ask to see examples of the designer’s work. Better yet, I would encourage you to book a discovery call with them and come prepared to ask your questions.

Every brand designer has his or her own process. While some designers may spend more time on brand messaging, others may focus more on the visual components, such as a logo. Additionally, whereas some designers are willing to pick up the phone any time you call, others might have more rigid rules for how they communicate and when. This isn’t a matter of right or wrong but rather preference. If the designer’s process isn’t clear, don’t be afraid to ask questions. Not only is it important that you understand the process but furthermore, you need to be sure that it works for you.

Depending on the brand designer, you may or may not be required to sign a contract. If signing a formal agreement is part of the designer’s process, then it’s critical (I repeat: critical) that you understand the terms of the agreement. Certain things that you’ll want to review in particular include the scope of work, the number of allowed revisions, general turnaround times and deadlines (as well as the penalties for missing them). If anything in the contract is unclear, you’re within your right to hold off on signing until you’ve had a chance to better understand the agreement. In the event that a certain clause doesn’t sit well with you, don’t hesitate to bring it to the designer as a point of discussion. Depending on the clause in question, the designer may even be willing to make a fair compromise and amend the agreement.

If you’re having challenges with a brand designer before even beginning your project, chances are those problems will only get worse once you start working together. Often times, you’ll gather a general sense of how your working relationship will look after exchanging a few emails or having one discovery call. If the designer often misses emails or takes more than a week to respond to your inquiries, that trend will likely continue throughout the project. If their proposal and emails are riddled with typos, you’ll probably see those same errors in your brand guide and positioning statements. (Now, to be clear: Brand designers are people, too, so there will inevitably be some typos! But that being said, there’s a huge difference between human error and poor attention to detail.)

Branding projects are meant to be exciting but unfortunately, the wrong collaboration can easily turn the experience sour. Although there are many incredible and talented designers out there, that doesn’t mean they’re necessarily right for your business.

Just like any group project, finding the right fit is key to success. By vetting a brand designer, you can help ensure that the overall process is positive, fun and successful–for everyone involved–from beginning to end.

Are you on the hunt for a brand designer? Look no further! Send me a message about your upcoming project and let’s see if we’re a good fit. 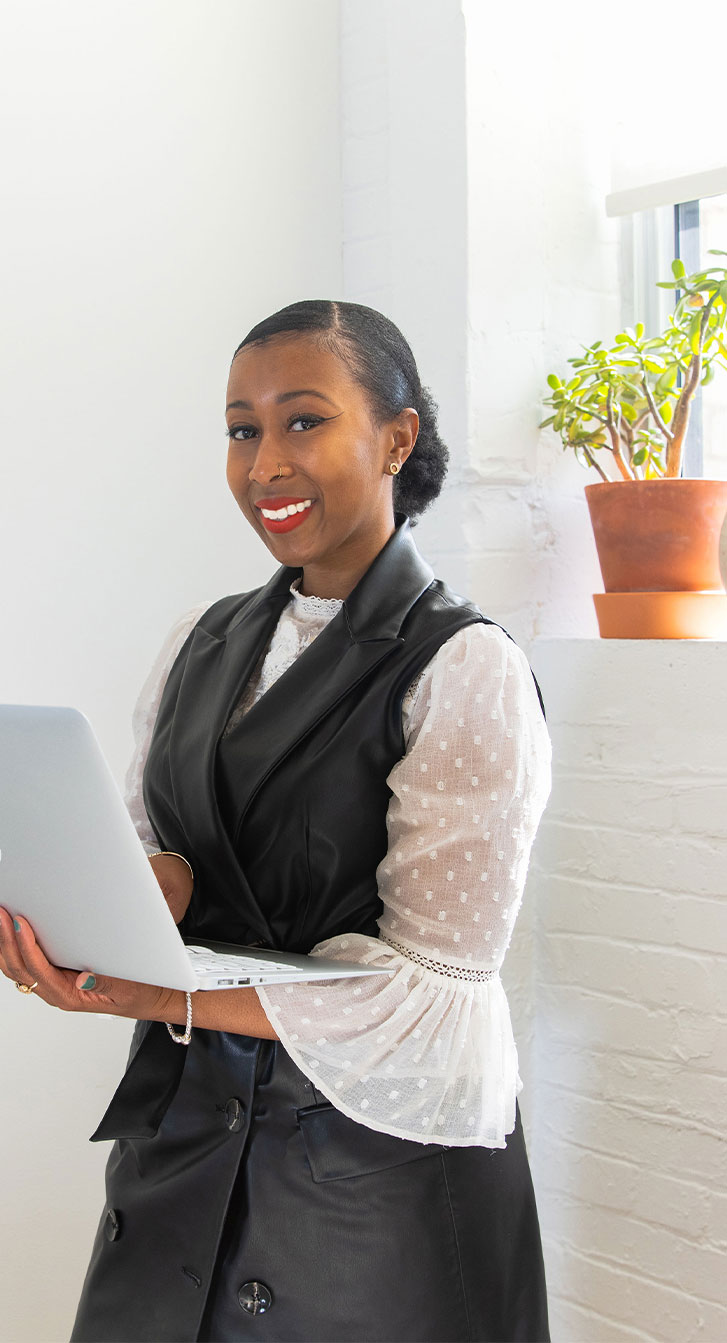